Tabimatsu is a mobile game based on the ultra-popular Osomatsu-san franchise, launched in 2016. Gameplay involves a Mario Party-style board where the player can move about in the hopes of gaining money, items and viewing short stories/skits. The items are used to furnish a room with interactable objects that the Matsuno brothers may use (similar to Neko Atsume).

One of Tabimatsu's features is an AR camera mode where the user may place any of the Matsus they've unlocked onto a photograph. The mermaid Matsus were gacha-only, but I was (and still am) wild for their designs, so I was stupid enough to drop money on unlocking them. Here are a bunch of photos I took in 2017 using the camera feature. 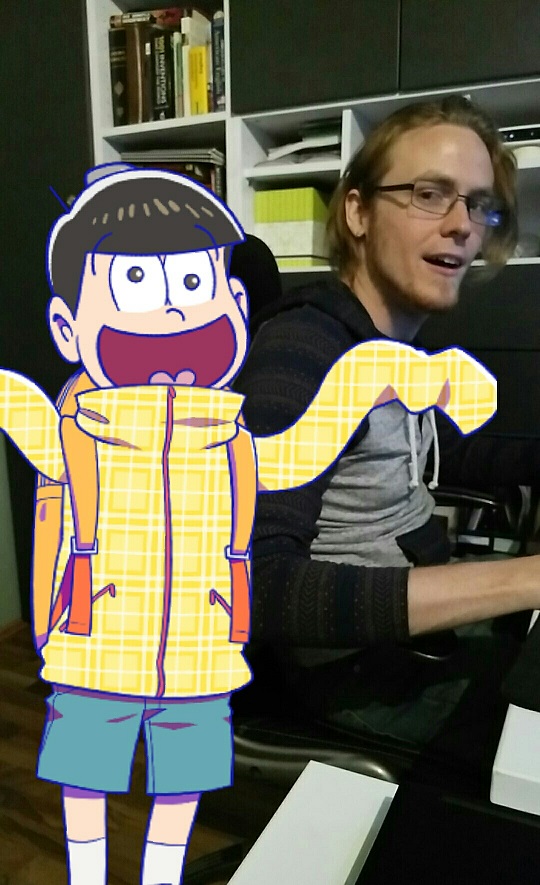 My husband hanging out with his favorite matsu, Jyushimatsu. 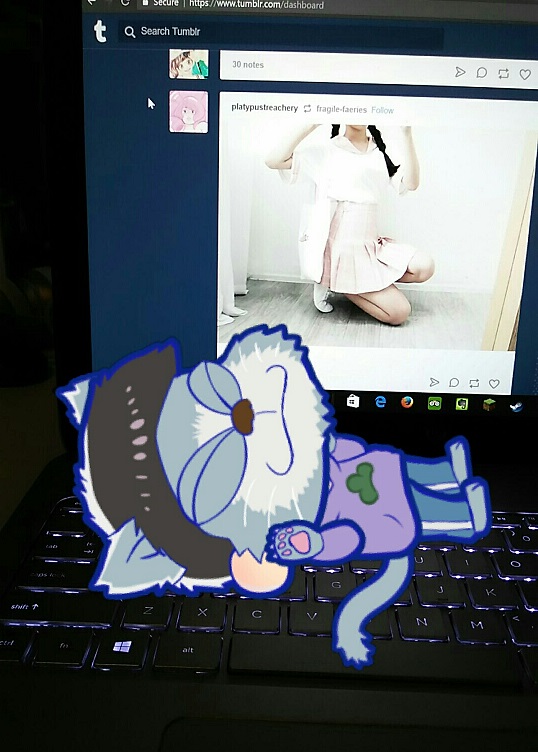 You know what they say about cats and keyboards. 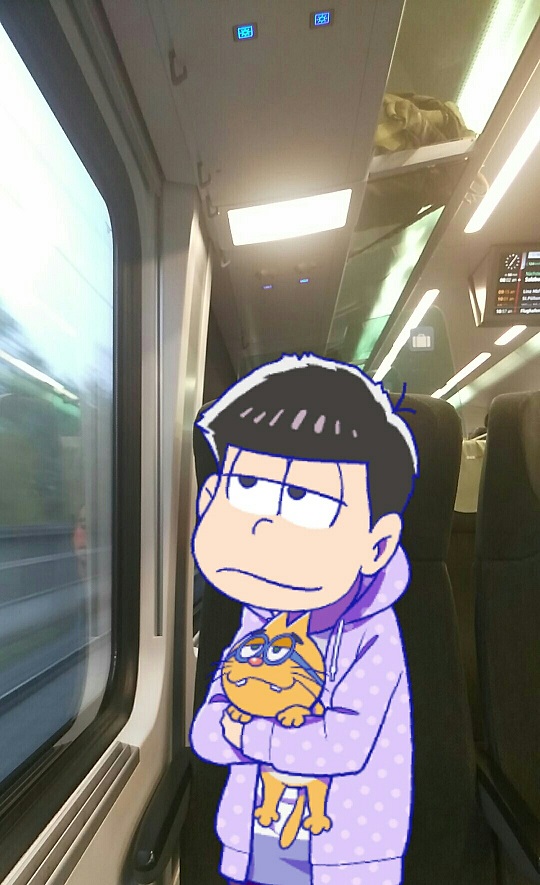 Ichimatsu enjoying the view from the Railjet, between Innsbruck and Vienna. 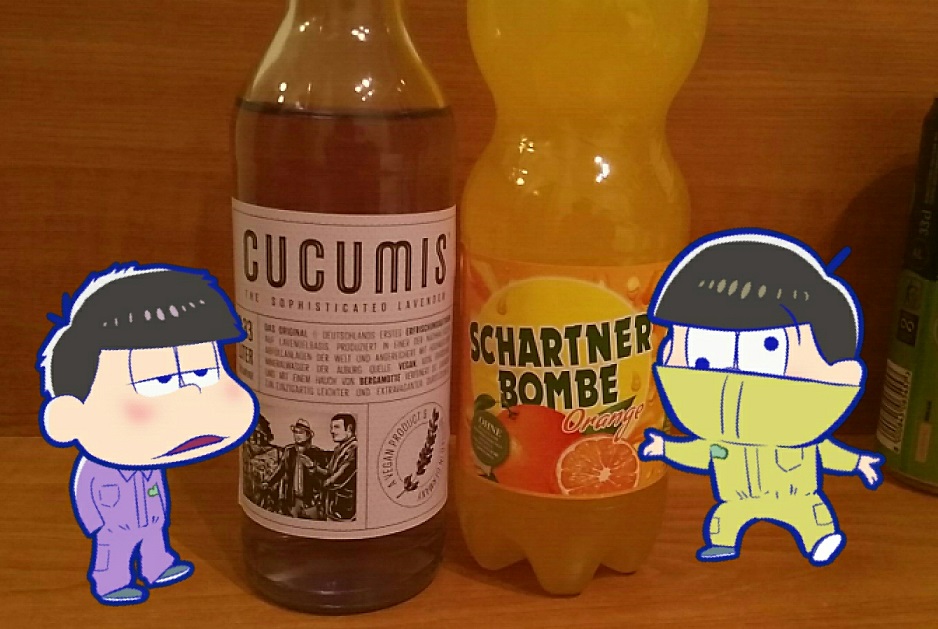 "Schartner Bombe" still kills me. Both of these drinks were pretty nice. 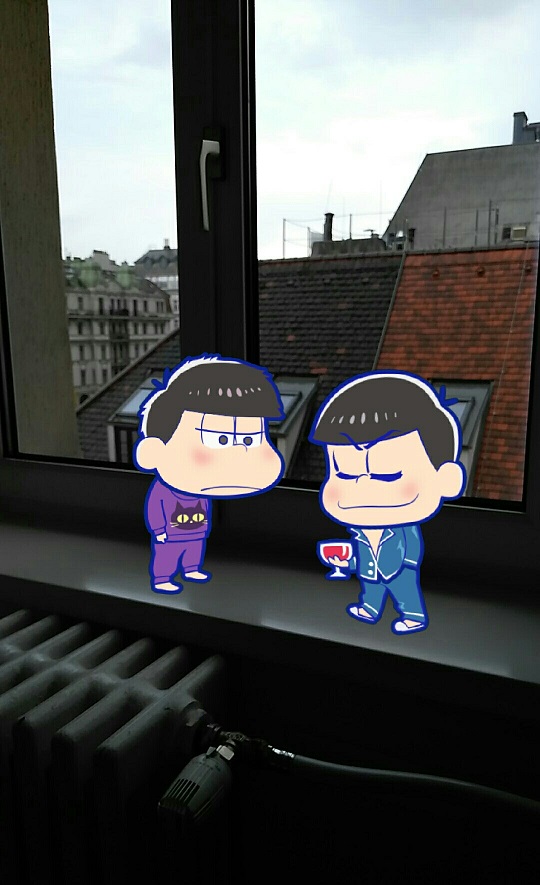 Chibi Ichimatsu and Karamatsu enjoy a cozy morning indoors in Vienna, Austria, which was snowing during mid-spring for some fucking reason. 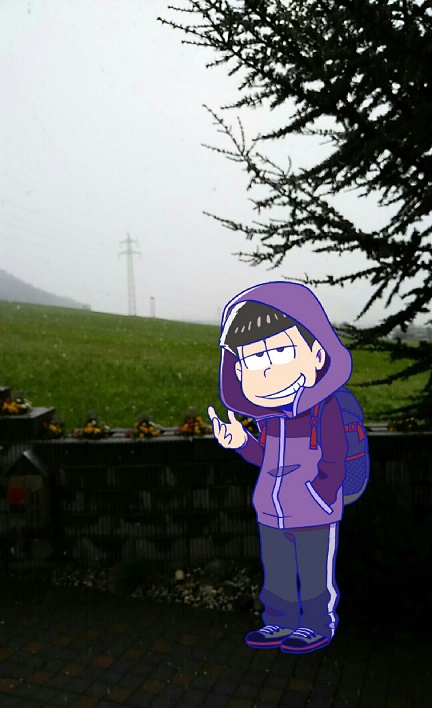 Ichimatsu reveling in the gloomy weather of Axams, Austria. 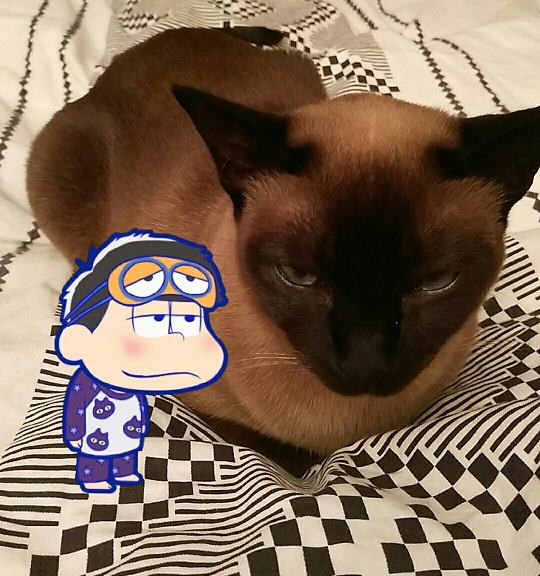 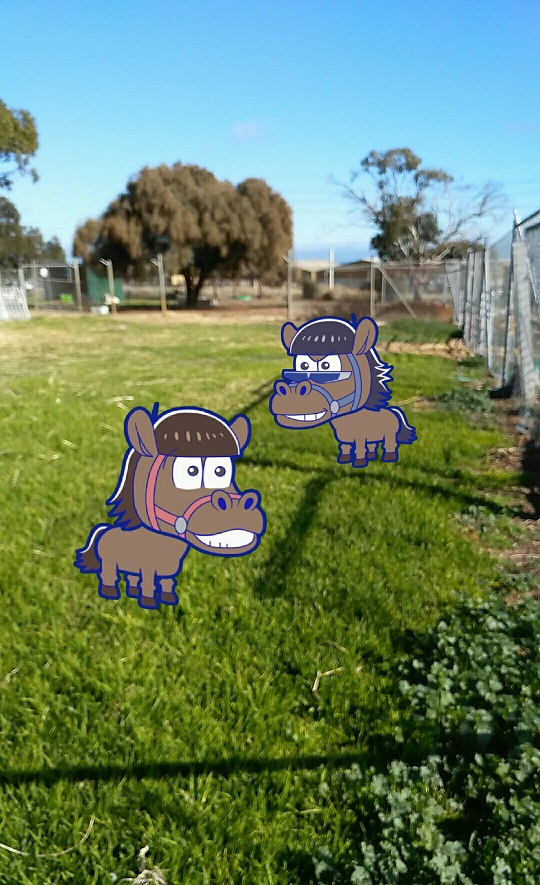 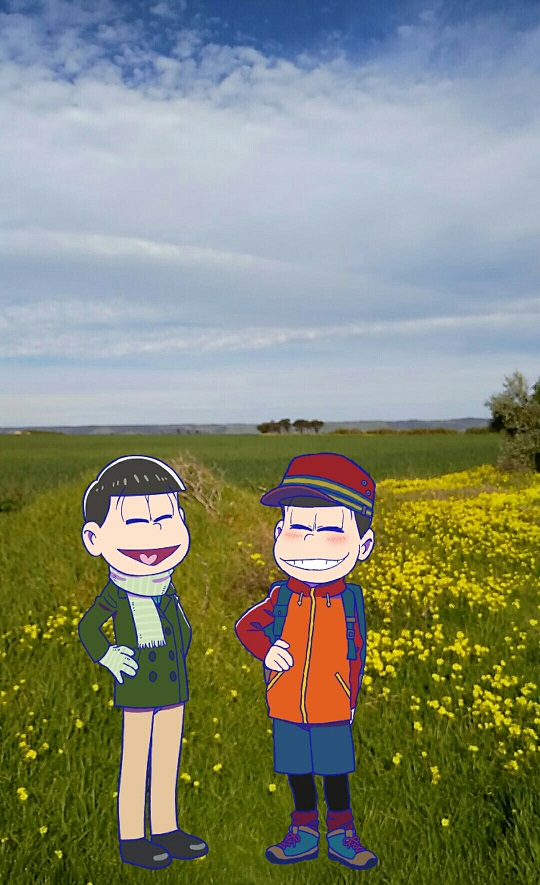 Choromatsu and Osomatsu by a field with wildflowers. This entire area no longer exists, it was sold off for beachfront property development some time in 2021. 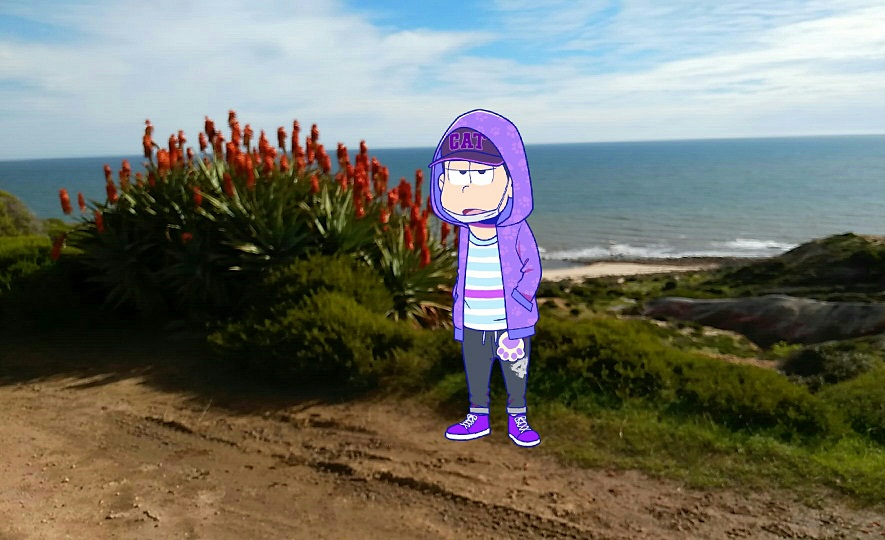 Ichimatsu by Ochre Point (this is 180 degrees turned from the above photo). 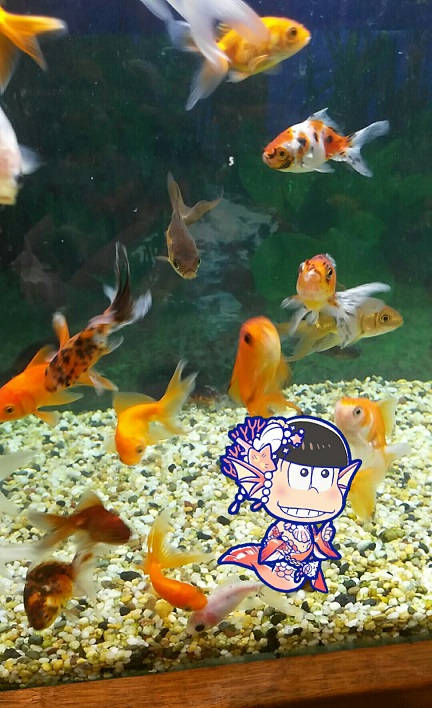 Merman Osomatsu is now an eighteenth sibling instead of a sextuplet. 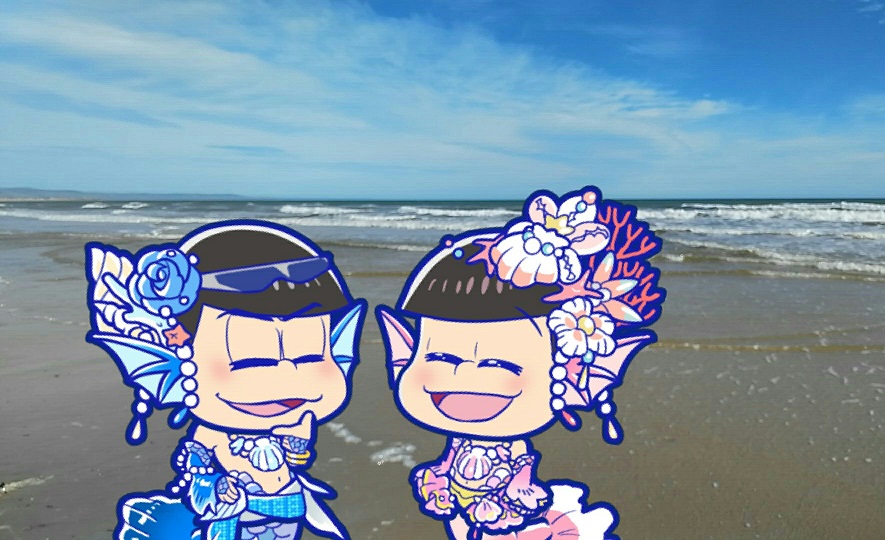 Karamatsu and Todomatsu at the beach. 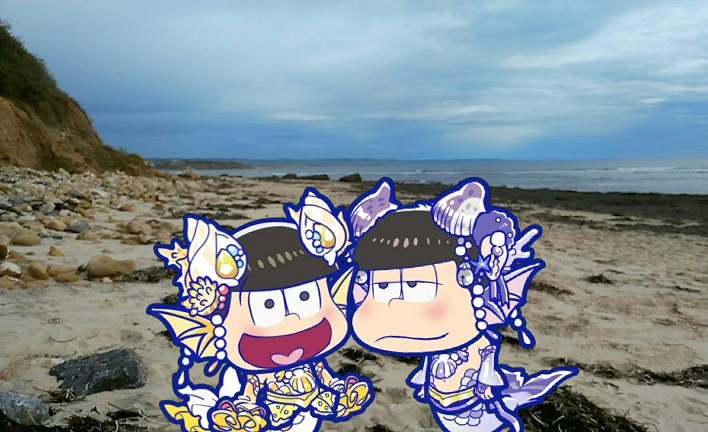 Jyushimatsu and Ichimatsu, close as usual. 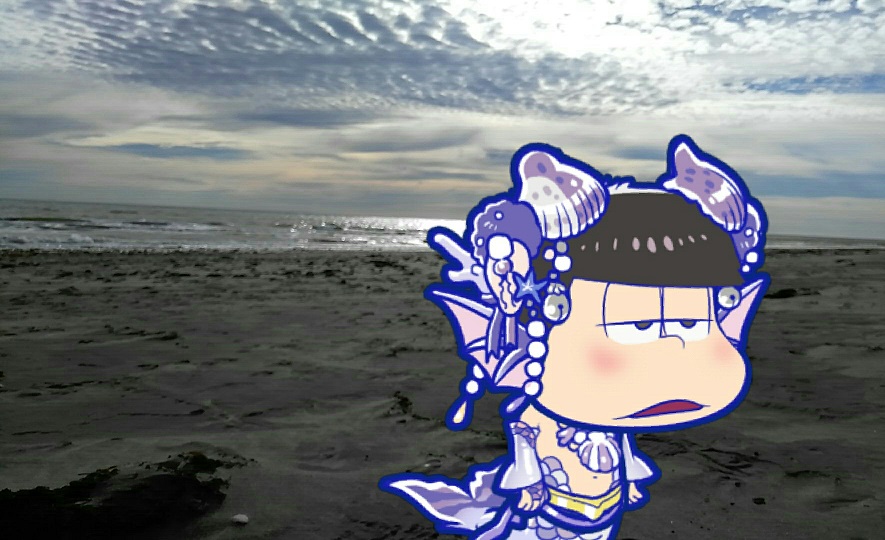 OK, it's not an AR photograph, but this is my favorite item in the whole game and makes me smile, so I had to include it somewhere...!